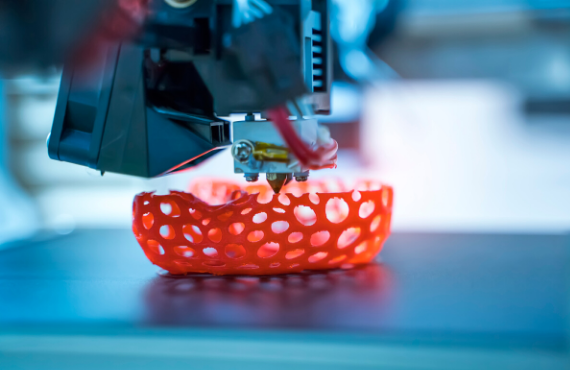 3D printers are increasingly used to produce objects of all kinds, both professionally and personally. But 3D printing is relatively new and not few people have ever used a 3D printer.

How does a 3D printer work?

3D printers work in different ways, and many techniques are available to print a 3D object. However, the basic principle remains the same.

To 3D print an object, a printer superimposes several layers of a certain material according to predefined coordinates for the width, depth and height of the object to be produced. These coordinates come from a 3D file that is sent to the printer.

There are two main processes for producing objects with a 3D printer.

The first process is Fused Deposition Modeling (FDM). The material is first heated in an extruder to soften before being precisely laid, layer by layer, in the print area to create the 3D object.

FDM 3D printers mainly use thermoplastic filaments, but they can also handle other materials such as nylon or mixtures of wood, ceramics, metals or carbon fibre.

The second 3D printing process is SLA or stereolithography. Printers of this type use a photopolymer, a liquid resin, to stiffen the materials with concentrated light. The 3D models are then built from top to bottom as the object is lifted out of the resin during printing.

The light used in this type of printer is a laser that draws each layer of the 3D model. This technology is called Digital Light Processing.

SLA 3D printers work with a limited choice of materials, unlike FDM 3D printers. Resins are often proprietary and must be purchased directly from the manufacturer.

FDM or SLA: which 3D printer is better?

It really depends on your 3D printing needs.

In terms of resolution, SLA 3D printers are generally more accurate. For FDM printers, the resolution will depend on the size of the nozzle and the precision of the extruder movements. Factors such as the strength and weight of the material chosen can also affect the resolution of 3D objects.

Did you know that CD Solution has a 3D printer? Contact us to bring your 3D objects to life!

Although the Xbox Series X game console is fairly new, you may encounter a few problems during its lifetime. We discuss a few of them below. MY CONSOLE DOESN’T TURN ON ANYMORE This problem can be solved in many ways. First, check that your Xbox Series X cables are connected properly and are in good […]

The most frequent television breaks

There are several reasons why your TV may not work properly. There are many problems you might encounter. Rather than buying a new TV, we recommend that you first check with our experts whether yours can be repaired since a repair will cost you less than a new TV. Here are the 5 most common […]

Things that can go wrong with the Xbox One and how to fix them It can be frustrating to sit down to play your favourite game and realize that your Xbox One console isn’t working as it should. There are several issues or problems that can affect your gaming experience or prevent you from using […]